THE MORE IS GIVEN, THE LESS IS EARNED. 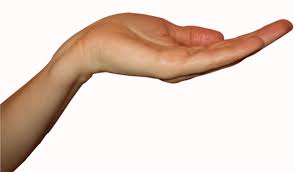 Most don't know that the English language is almost alone among major languages in having the word earn in it's vocabulary. Those of us whose native language is English assume that the phrase to earn a living is universal. It isn't. It's almost unique to English. Few languages have the ability to say this.

In the Romance languages, for example (a list that includes such major languages as Spanish, French, and Italian) the word used when saying someone earns money, is ganar in Spanish and gagner in French. The word literally means to win. In Hebrew the word marveach means profits. In German, the word verdient means deserves.

Obviously, it's very different to win, to deserve or to profit than to earn.

From 1960-70, a concerted effort has been made to weed the word (and therefore the cultural value of) earning from American life. Increasingly little is earned. Instead of earning, we're increasingly owed, we have more rights, or we're simply given.

Another increasingly widespread concept that undermines the notion of earning is unconditional love. The term, which was barely used prior to the 60's, is now heard everywhere, converted into a human ideal to strive for. The idea of having to earn love is more than unheard of today and would strike most contemporaries as morally suspect.

We even expect God to show unconditional love to all people, again no matter how they act. No one has to earn God's love. It's given just for breathing. Many people believe this about God. I'm no theologian by any stretch, but I do know my Bible and I can tell you there's no biblical support for this concept of God. The human condition also doesn't support that concept by any definition. We see evidence everyday that human kindness doesn't begat human kindness.

We even expect unconditional love (unearned love) from our spouses. No matter how awfully you treat your spouse, the minute those vows are said and the preacher utters the words I now pronounce you man and wife, you're entitled to unconditional love. You had to earn each other's love prior to marriage, now you no longer have to earn the other's love.

We also expect forgiveness to be given without being earned. Many people believe in automatic forgiveness, or the obligation to forgive anyone any crime, regardless of whether they earned it or not.

This increasingly powerful culture of entitlement and rights undermines the value of earning anything. The more the state gives to its citizens, the less they have to earn. That's the basic concept of the welfare state, where you receive almost everything you need without having to earn any of it. About half of Americans now pay no federal income tax, but they receive all the government benefits just as if they'd paid for and earned them.

America became a great civilization thanks to a culture based on the value of having to earn almost everything you got in life. As it abandons this value, it will become a mediocre civilization. And eventually it will not be America. It'll just be a large Sweden and just as influential as the smaller one.

Popular posts from this blog

May 28, 2020
Before you can answer that question, you have to ask this one: What is your definition of Success? Everyone has a definition of success, but the key is, what is yours? The better you can define what success means to you personally and professionally, you'll have a greater opportunity to realize your desired goals and objectives. Action Step:Set a goal this week to put your definition of success in writing. Be sure you define what your meaning of success is and work hard to prevent others from defining it for you.Quote of the Week:"Authentic Success is the progressive realization of all that you were meant to be and do."Have great week!
Post a Comment
Read more